How to make delicious salty pie in the afternoon

In the afternoon or on holiday, you often want to enjoy and give the whole family a nutritious snack by yourself. So if you are too bored with familiar dishes, why not try refreshing your taste with Food's extremely simple and delicious salty pie, surely you will not be disappointed. 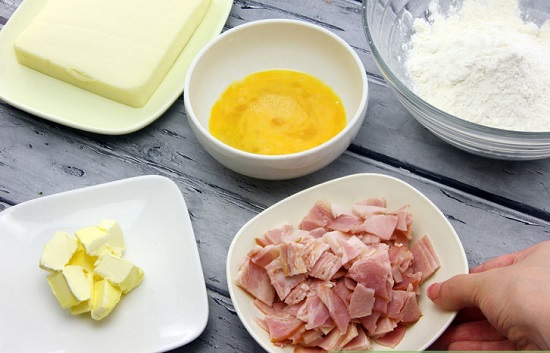 How to make salty pie

– Cheeses grated but not too small, use medium mesh.

– Heat a pan on medium heat.

– Add chopped bacon to the pan and cook until the bacon has a dark pink color, the excess fat is melted and the meat is fully cooked, stirring occasionally to prevent the bacon from burning and sticking. into the pan. – Add the remaining grated cheese numbers, stirring until the cheese is melted. 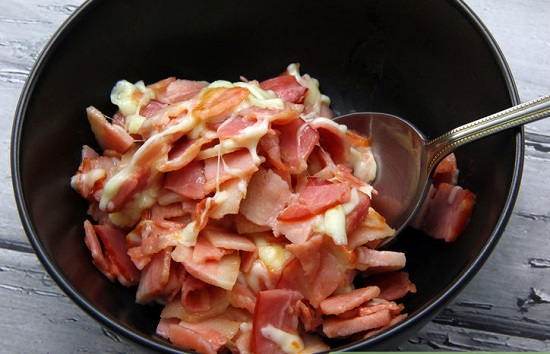 – Pour the cheese and bacon into a small bowl, and let sit for 1 minute to cool down. 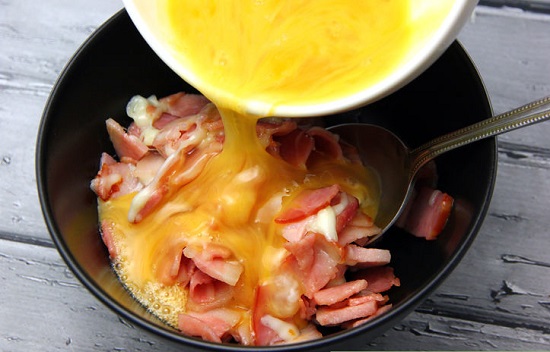 – Add eggs to the meat bowl, use the spoon to stir the mixture as soon as the bowl of cheese meat is warm.

– Put eggs, cheese and mixed bacon in the fridge.

– In a large bowl, add half of lard to the flour mixture. – Then, add 1 tbsp of water to the bowl of gentle dough mixes to form a slightly sticky dough mixture. If the dough is too dry, you slowly add the next spoon of water to obtain a uniform dough.

– Sprinkle a little dry powder on the table, take care not to sprinkle too much to avoid changing the flour ratio.

– Put the dough on the table, then use a rolling stick, cut the edges of the dough with a knife to form a crust about half a centimeter thick. 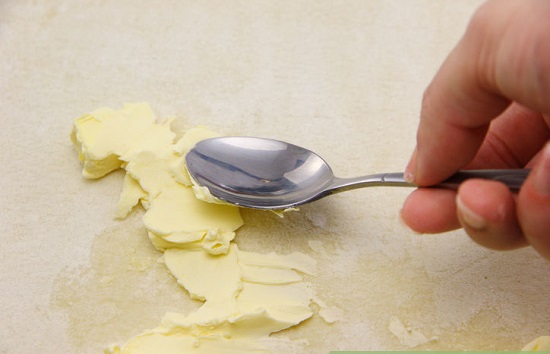 – Use a spoon to spread 1/3 of the butter and 1/3 of the remaining lard on the surface of the crust then double the crust.

– Put the cake crust in the refrigerator compartment for 5-10 minutes to prevent the fat from melting. 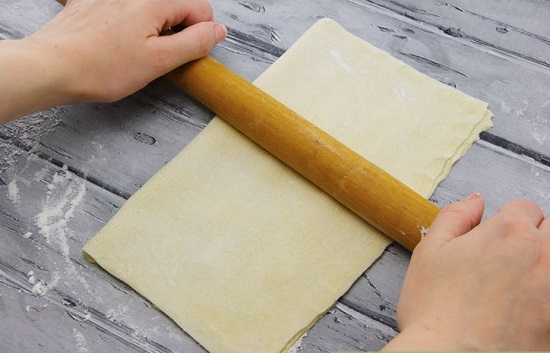 – Take out the crust outside, use dough sticks, rolled thin crust again. 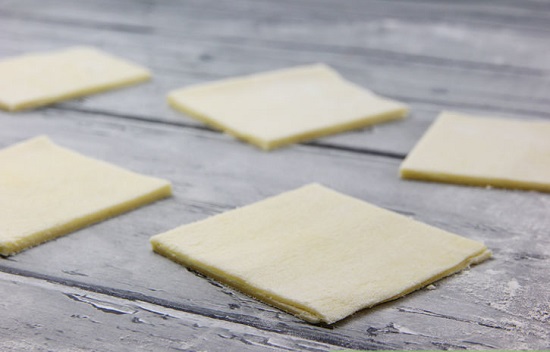 – Use a knife to divide into 3cm squares.

– Preheat the oven to 180 degrees Celsius.

– Get the filling out, this time the egg, meat, cheese mixture is quite solid. – Scoop a spoon of filling in the middle of the crust and gently fold the edges of the crust together as shown in the picture.

– Spread a thin layer of grease on the baking sheet and then arrange the cake parts on top. 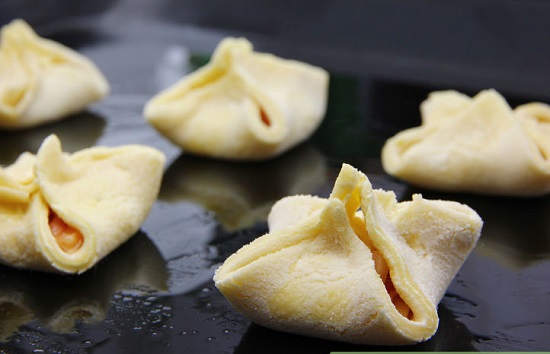 – Put the tray in the oven, bake about 20-25 minutes or until the crust is beautiful yellow. – Arrange the cake on a plate and enjoy.

The savory salty pie are incredibly nutritious because the delicious filling is made from a mixture of eggs, bacon and cheese. With this cake, you can use it as a snack or as an ideal food for a picnic with friends and family.

I wish you success and enjoy your meal with salty pie!

How to make a delicious chocolate-melting lava cake

How to make a beetroot vegetable mix of India

How to make a delicious chocolate-melting lava cake